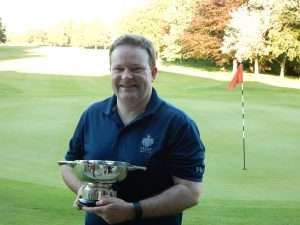 On the 17th August, 32 members and guest of the Incorporated Trades took part in the annual golf competition for the Littlejohn Trophy, Assessors Cup and Team competition.  Played at Alford golf course on one of the best days of summer an enthusiastic group played over 18 holes with the eventual winner of the individual prize and winner of the Littlejohn Trophy, Mark McCue of the Shoemakers incorporation.  The Assessors cup was won by Late Deacon Convener David N Parkinson of the Tailors Incorporation and the Team trophy by the Bakers Incorporation.

Thanks must be noted to Ian Logan who again organised the day.