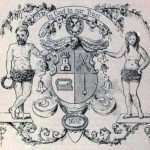 The evolution of the trades has been exemplified by the tailors in the city of Aberdeen. Eminent names from the turn of the 15th century included Willelmus Blacberd and Willelmus Scissor, among the leaders in their chosen field.

The tailors first formed a trade association as part of their bid to prevent women from encroaching on their profession. In time the Aberdeen members changed their stance, making concessions in the 18th century to allow women to make some garments for the female market. It was the only association in Scotland to reach that compromise.

Modern manufacturing and retail patterns have transformed the tailor from necessity to luxury, but the trade in Aberdeen has adapted and through admission from a variety of sectors is integral to the vibrancy and diversity of the Seven Incorporated Trades of Aberdeen.