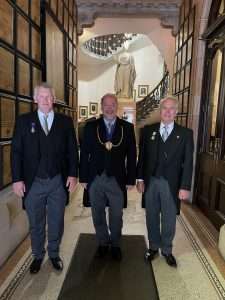 A ceremony was held at the Kirk of St Nicholas, thereafter representatives of The Seven Incorporated Trades processed to the Town House where a Civic Reception was held for the newly elected Lord Provost and council.