Burgesses of Trade of the Burgh of Aberdeen

The Late Deacon Convener, David N Parkinson, standing in for Deacon Convener Sandy McKinnon, presented the applicant to the Provost and Council for admission as a Free Burgess of the Burgh of Aberdeen of his own Craft only.

Traditionally new members only had the right to vote at Trade meetings once they had been accepted as a Trade Burgess. 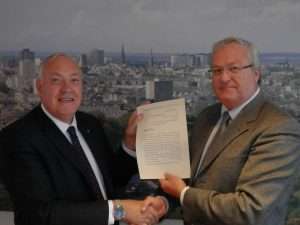 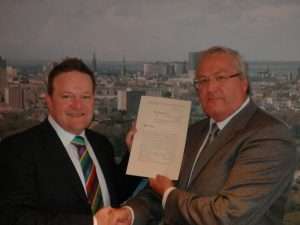