On the morning of the 16th December 2015, Bakers member Gary Leslie and Flesher Kenny Milne were admitted as burgesses of Trade at the start of the full council meeting at Aberdeen Towns House.  They were proposed for membership by Late Deacon Convener David N Parkinson who was attending on behalf of the current Deacon Convener Sandy Mckinnon. Having met the requirements for admission and undertaking to pay the necessary dues to the Lord Provost they then accepted the responsibilities incumbent by law as a true and faithful of a City Burgess of the city of Aberdeen. 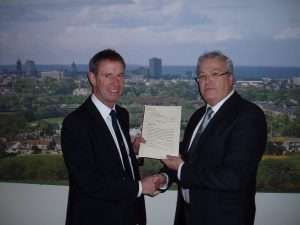 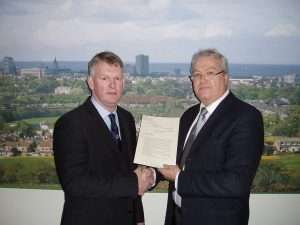