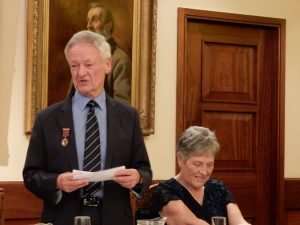 The evening was a great success and was well attended and supported by members and wives in the Minor Hall. Following the Toast to Alan by Ex Deacon Arthur George, Alan replied with a witty reminiscences of his time in the Tailors Incorporation and being a member of Trinity Hall 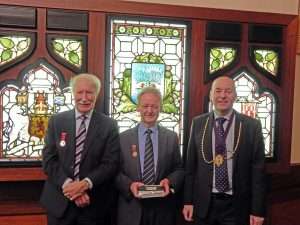 Alan (centre) with Deacon Mike Morrice (right) who presented Alan with his gift and Ex Deacon Arthur George (left) who proposed the toast to Alan on the night.